The optimism on world trade didn’t last very long.
It was only late September when the WTO issued a ‘strong upward revision’ to their estimate for 2017 world trade. WTO economists raised their forecast to 3.6% from 2.4%, which was at the top end of the previous 1.8-3.6% range. This marked a sharp acceleration from the 1.3% growth in 2016. The IMF’s forecast for 2017 world trade, also made in September, was even higher at 4.2%. Now the Copenhagen-based Maersk, the world’s number one container shipping company, is sounding a warning about softer demand and downward pressure on freight rates. According to Bloomberg.
The world’s largest container shipping line says international freight rates are reversing after climbing for most of this year, raising questions about the sustainability of the global trade recovery. Decade-old oversupply issues swamped demand for containerized sea trade in the third quarter, a senior official at Maersk Line Ltd. said in an interview last week. Over 90 percent of trade is routed through ships, making the industry a bellwether for the worldwide economy. “We have started to see some pockets of downward pressure,” said Steve Felder, Mumbai-based managing director of Maersk’s South Asian unit. The global trade order book at around 13.5 percent of capacity isn’t high, “however, given that freight rates are largely determined on the basis of supply-demand balance, they remain fragile,” he said.

Like any other market, there are many opinions on what a currency ought to be worth relative to others.
With certain currencies, that spectrum of opinions is fairly narrow. As an example, for the world’s most traded currency – the U. S. dollar – the majority of opinions currently fall in a range from the dollar being 2% to 11% overvalued, according to organizations such as the Council of Foreign Relations, the Bank of International Settlements, the OECD, and the IMF.
For other currencies, the spectrum is much wider. The Swiss franc, which some have called the world’s most perplexing currency, has estimates from those same groups ranging from about 13% undervalued to 21% overvalued.
As VisualCapitalist’s Jeff Desjardins notes, such a variance in estimates makes it hard to come up with any conclusive consensus – so in today’s chart, we refer to a more caffeinated and fun measure that also approximates the relative value of currencies. 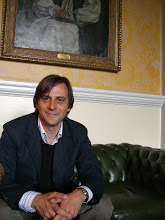 “The Trump administration has lambasted China’s bid for recognition as a market economy in the World Trade Organization, citing decades of legal precedent and what it sees as signs that China is moving in the opposite direction under Xi Jinping. The US move to oppose China’s longstanding efforts to be recognised as a market economy in the WTO came in a legal submission filed last week and due to be released publicly on Thursday in a case brought by Beijing against the EU.”
Here are background slides to the dispute from my recent lecture @MIIS :
First, what’s behind the WTO dispute: the fight between the U. S. and the EU against China and other emerging economies in core Bretton Woods institutions – the IMF and the World Bank

This post was published at True Economics on Thursday, November 30, 2017.

Holger Zschaepitz @Schuldensuehner posted earlier today the latest data on ECB’s balance sheet. Despite focusing its attention on unwinding the QE in the medium term future, Frankfurt continues to ramp up its purchases of euro area debt. Amidst booming euro area economic growth, total assets held by the ECB rose by another 24.1 billion in October, hitting a fresh life-time high of 4.4119 trillion.
***
Thus, currently, ECB balance sheet amounts to 40.9% of Eurozone GDP. The ‘market economy’ of neoliberal euro area is now increasingly looking more and more like some sort of a corporatist paradise. On top of ECB holdings, euro area government expenditures this year are running at around 47.47% of GDP, accord to the IMF, while Government debt levels are at 87.37% of GDP. General government net borrowing stands at 1.276% of GDP, while, thanks to the ECB buying up government debt, primary net balance is in surplus of 0.589% of GDP.

This post was published at True Economics on Tuesday, November 21, 2017.

Just over a month ago, Kyle Bass discussed why he was long effectively “long Greece.”
Bass penned a Bloomberg editorial in which the hedge fund founder and CIO called on the IMF to stop bullying Greece – publicizing the fact that he is now effectively long Greece. Greek government bonds have performed reasonably well so far this year: They’re up about 16%, and if Bass is right, they could have another 20% to 30% over the next 18 months if the IMF abandons its insistence on austerity and acknowledges that debt relief will need to be part of the long-term alleviation of debt. Bass added that, in the near future, voters will elect a more business-friendly government that will help reestablish the country’s creditworthiness, much like the government of Mauricio Macri did for Argentina.
I think you also have an interesting political situation in Greece where I think there’s going to be a handoff from the current Syriza government to kind of a more slightly-center-right but very economically independent new leadership in the next, call it, 18 months.
And so, I think you asked why now? And I think you’re starting to see green shoots. You’re starting to see the banks do the right things finally in Greece and you are about to have new leadership.
So, I think that you’re going to see – and if you remember Argentina as Kirschner was going to hand-off – hand the reins over to someone that was much more let’s say focused on business and economics than being a kleptocrat, I think you’re going to see something again slightly similar in Greece where you have leadership today that might not be the right leadership and the government-in-waiting, I believe, and I think you know Mr. (Mitsutakous) – I think you’re going to see something great happen to Greece in the and next, kind of, two years.

In what will come as a big surprise to many Fed watchers, moments ago the WSJ reported that among other candidates, Mohamed El-Erian, former deputy director of the IMF, former head of the Harvard Management Company, Bill Gross’ former partner at Pimco until the duo’s infamous falling out, and one of the few people who – together with John Taylor – actually deserve the nomination, is being considered for the Fed Vice Chairman role. DJ also added that Kansas banking regulator Michelle Bowman is also being considered. From the WSJ:
The White House is considering economist Mohamed El-Erian as one of several candidates to potentially serve as the Federal Reserve’s vice chairman, according to a person familiar with the matter.
The process of selecting the Fed’s No. 2 official began this month after President Donald Trump nominated Fed governor Jerome Powell to succeed Fed Chairwoman Janet Yellen when her term expires next February.
The WSJ adds that there is a broad range of candidates under consideration for post, and that the White House will focus on monetary policy experience for post.

NAFTA 2.0 gets complicated. With the fifth round of NAFTA negotiations scheduled to begin next week, Mexico finds itself facing a very uncertain future. The free trade agreement upon which its entire national economic model was built is now looking precariously fragile. Ildefonso Guajardo, Mexico’s economy minister, told the Mexican Congress last week that the way things stand, an end to NAFTA ‘cannot sanely be ruled out.’
In such an event, the resulting economic pain for Mexico could be considerable, according to calculations from Banco Santander. It forecasts a 15% drop in exports and a 16% fall in imports if the US declared a full trade war rather than reverting to World Trade Organization tariff rules. Moody’s Investors Service estimates Mexico’s economy could shrink as much as 4%.
The biggest problem for Mexico’s economy is the sheer scale of its dependence on trade with the US: 81% of its exports go to the U. S., and about half of its imports come from there. Mexico is so deeply integrated into US supply chains, particularly manufacturing production that the IMF describes Mexican and American industrial production as ‘co-integrated.’ Increases in American economic output are transmitted one-for-one to Mexican output.

Reverting to one of his favorite topics – namely how the application of a statistical average of a sharply bimodal sample tends to muddle the resulting signal, something Ray Dalio expounded on as recently as last month– on Monday morning, SocGen’s Andrew Lapthorne explains not only why the true story of US corporate balance sheets is far worse than the average data makes it appears, but also why “US balance sheet performance is increasingly polarized”.
As the SocGen strategist writes, “we have been highlighting for some time now the risks associated with highly leveraged US companies, particularly among the smaller capitalisation names. Our message has been clear; US corporate leverage is abnormally high for this stage in the cycle and a handful of cash-rich mega caps are masking significant problems elsewhere.”
To be sure, the market has noticed this growing balance sheet chasm, and as a result aversion to highly leveraged companies has become increasingly visible:
“over the last few weeks the beta of bad balance to good balance sheet companies has been negative. Or to put it more simply, one group has been going up whilst the other has been going down. For those still holding the weak companies, the relative performance consequence is painful, leading to further selling and further polarisation.”
To be fair, Lapthorne picks up on a point that was brought up by the IMF back in April, when it not only warned that over 20% of US corporations are at risk of default should rates rise even modestly, but that the generous use of an average distribution when instead median is more appropriate, is masking some substantial problems below the surface, including the risks to US corporate from rising interest costs and possibly a reduction in
interest cost tax deductibility.

Worldwide Economy is in a Tailspin – Global Chaos