The distribution of guesses for tomorrow’s “most important payrolls print ever” or at least until next month, skews modestly to the upside after the biggest spike in ISM employment ever this week jarred some economists to become more optimistic, and side with Goldman Sachs expecting a Fed-inspiring drop in the unemployment rate, rise in average hourly earnings, and better than expected payrolls of 190K. As a result, while consensus expects a NFP rebound from 151K to 172K, the whisper number is around 200k. Anything above this would send December rate hike odds surging to the all important 70% or above, bond yields spiking and equities at the mercy of whichever way the risk parity machines were calibrated tomorrow.
Others disagree: Southbay Research is leaning on the bearish side, nothing the following positive and negative factors ahead of tomorrow’s report:

“Judge them by their works. What have they done for mankind beyond the spinning of airy fancies and the mistaking of their own shadows for gods?”
Jack London, The Iron Heel
Gold was pressed down to support at 1250 this morning.
This is a support level that goes back to the day before the Brexit announcement.
Gold and silver both bounced back a bit from the lows of the day. But the slamming of the metals has been particularly relentless ahead of this NFP.
The dollar rallied strongly today on European weakness and the notion that the Fed will be increasing rates aggressively in response to a stronger economy.
You know what I think about this, and I still do. I think they will do a ‘one and done’ probably in December, and that there is no sustainable recovery except that which is created by smoke and mirrors.
There was intraday commentary from Thomas Frank about the Presidential election and the hypocrisy of our political class here.

This post was published at Jesses Crossroads Cafe on 06 OCTOBER 2016.

By now, it should be apparent to anybody with a functioning cerebellum that our political and economic policy leaders are abject failures. After years of impotent monetary policy at the hands of the Fed, decades of incompetent foreign policy by several administrations, a dormant and corrupt Congress, and an activist Supreme Court rewriting the Constitution, the world is going to hell in a handbasket.
It is timely, therefore, that Mike Judge’s 2006 comedy ‘Idiocracy’ is celebrating its 10th anniversary with special nationwide screenings beginning Oct. 4. The film tells the story of two people who participate in a top-secret military hibernation experiment. They awaken 500 years later to an America where advertising, commercialism, and anti-intellectualism run rampant and where the president is a former professional wrestler with severe anger management issues. These characters are luckier than the rest of us – they had to wait 500 years to live in a world governed by idiots. We were not as fortunate.
Some central bankers are finally starting to acknowledge their failures – but it’s too little, too late.

This post was published at Wall Street Examiner by Michael E. Lewitt ‘ October 6, 2016.

As reported moments ago, just around 7:07pm ET, cable snapped and plunged by what some say may have been as much as 1200 pips, dropping from 1.26 to as low as 1.14 according to some brokers, before snapping back up. 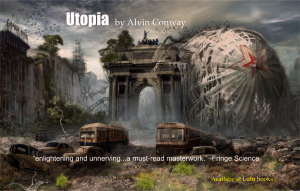