There are things going on with the financial markets currently that seem just a bit “out of balance.” For example, asset prices are rising against a backdrop of global weakness, deflationary pressures and rising valuations. More importantly, there is a rising divergence between sentiment and hard data.
For example, on Thursday the Philadelphia Federal Reserve released their regional survey which showed that manufacturers are the most optimistic in the region in, well, ever. The surge in the “manufacturing” index from 20.7 to 40.8 comes against a backdrop of weaker industrial production during the last 3 months.
However, even more curious was that the surge in the manufacturing survey was offset by Markit’s US Purchasing Managers Index which saw a decline to 10-month lows of 54.7 and has, like industrial production, fallen three months in a row.

Importantly, here are the “key points” from Markit that confirms much of my analysis regarding the impact of a strong dollar/weak global economy combination on U. S. exports. 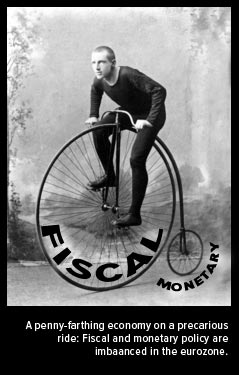 Forty-four percent. That’s the alarming unemployment rate for those aged 15 to 25 in Italy, where I traveled recently to meet with other global chief executives and business leaders.
The reason for Italy’s high youth unemployment? Tortuous red tape, high taxation and thuggish unions. Many of the CEOs at the event I attended noted that Italy is mired in unionization. This has created a restrictive jobs market that crowds out well-educated, aspirational young people, many of whom are forced to flee their homes and seek work elsewhere.
But ‘elsewhere’ within the European Union is currently not much of an improvement. Even in Germany, the EU’s most reliable economy, train and airline unionists have gone on strike, bringing the country to a near-standstill. Incredibly, both Italy and France – where the youth unemployment rate stands at 24 percent – want the EU to foot the bill for their joblessness woes. Global investors’ patience has been stretched thin as European Central Bank (ECB) President Mario Draghi and German Chancellor Angela Merkel continue to bicker over how to resolve the region’s slowdown.
As I told CNBC Asia’s Bernie Lo, the EU’s default policy is to tax anything that moves. Led by pro-taxation economists such as France’s Thomas Piketty, Europe’s policies have become a sort of contagion resonating throughout the rest of the world. The eurozone countries have an imbalanced approach to jumpstarting their economies, relying only on monetary policy but failing to address fiscal issues such as punitive taxation and over-bloated entitlement spending.
You can see how disastrous the results have been: France and Germany’s industrial production has turned down recently. Their purchasing managers’ index (PMI) numbers are below the 50-mark line, indicating contraction. This trend is especially worrisome because Europe is a bigger trading partner with China than the U. S. is.
So what’s the solution?
The EU would do well to look east, specifically to China.
China Handing over Its Economy’s Keys to Capital Markets
Last week senior Chinese officials met in Beijing to resolve the sorts of problems the EU can’t seem to fix, let alone acknowledge. On the chopping block were regulations – hundreds of them. According to Premier Li Keqiang, 416 lines of red tape have allegedly either been abolished or eased in order to facilitate business growth in important sectors such as transportation, logistics and telecommunications. In June, Li vowed to slash an additional 200 measures. 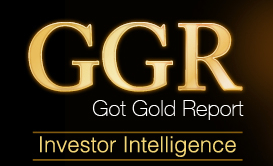 Frank Holmes, CEO and Chief Investment Officer, U. S. Global Investors, writes:
While stocks fell around the world this week amid growing concerns over global economic growth, Europe’s slowdown can’t stop emerging market population growth that drives long-term commodity demand. If the short-term market volatility concerns you, a solution is short-term tax-free municipal bonds. Check out the 5 Reasons Why.
Putting Capital to Work in Commodities for the Long Term
This week we saw a continued selloff in energy stocks and a slump in commodity prices, specifically oil. In light of this, I’ve highlighted some key points I made during last week’s webcast that might offer our investors some clarity and insight into our management strategy when such market nervousness occurs.
One of the main drivers of commodity demand, as I often point out, is PMI, or purchasing managers’ index:
PMI: Commodities’ Crystal Ball
You look at the stock market as a precursor to economic activity six months out. If you’re looking at commodities, you must be looking at PMIs.

This post was published at GotGoldReport on Sunday, October 12, 2014.

All of the economic signals confirm that growth in the eurozone economy is going nowhere.
The Eurozone manufacturing purchasing managers index plunged to a 13-month low of 50.7 in August., down from 53.8 in July. This was worse than the 50.8 expected by economists.
Any reading above 50 signals growth, and the eurozone’s PMI is rapidly tumbling to that no-growth level.
“Although some growth is better than no growth at all, the braking effect of rising economic and geopolitical uncertainties on manufacturers is becoming more visible,” Markit’s Rob Dobson said. “This is also the case on the demand front, with growth of new orders and new export business both slowing in August.”

We already know that GDP growth in the Eurozone fell to 0.0% in Q2. However, the July and August data have suggests a failure to rebound in Q3.
“In one line: Alarming signs from the eurozone manufacturing sector,” said Pantheon Macroeconomics’ Claus Vistesen. “The downbeat economic news is intensifying.”

This Economy is Not the Happiest Place on Earth

ALERT! Why Physical Silver is the ‘BUY of the CENTURY!’ (Andy Schectman & Bix Weir)

Banks are Getting Worried about the Economy – No More Mortgages

Beating the S&P 500 with Kevin Duffy