Authored by 720Global’s Michael Liebowitz via RealInvestmentAdvice.com,
‘Before long, we will all begin to find out the extent to which Brexit is a gentle stroll along a smooth path to a land of cake and consumption.’ – Mark Carney, Bank of England Governor.
In 1939, the British Government, through the Ministry of Information, produced a series of morale-boosting posters which were hung in public places throughout the British Isles. Faced with German air raids and the imminent threat of invasion, the slogans were aimed at helping the British public brave the testing times that lay ahead. The most enduring of these slogans simply read:
‘Keep Calm and Carry On.’ Ironically, it was the only one of the series that was never actually displayed in public as it was reserved for a German invasion that never transpired. Today, the British Government may wish to summon a fresh propaganda strategy to address a new threat on the horizon, that of the eventuality of Brexit.
The Kingdom Divided
The United Kingdom (UK) is in the process of negotiating out of all policies that, since 1972, formally tied it to the economic dynamics of the broader western European community. Since the unthinkable Brexit vote passage in June 2016, the unthinkable has now become the undoable. The negotiations, policy discussions, logistical considerations and legal wrangling are becoming increasingly problematic as they affect every industry in the UK from trade and finance to hazardous materials, produce, air travel and even Formula 1 racing.

The recovery in Eurozone growth has become part of the synchronised global growth narrative that most investors are relying on to deliver further gains in equities as we head into 2018. However, the ‘Zombification’ of a chunk of the Eurozone’s corporate sector is not only a major unaddressed structural problem, but it’s getting worse, especially in…you guessed it… Italy and Spain. According to the WSJ.
The Bank for International Settlements, the Basel-based central bank for central banks, defines a zombie as any firm which is at least 10 years old, publicly traded and has interest expenses that exceed the company’s earnings before interest and taxes. Other organizations use different criteria. About 10% of the companies in six eurozone countries, including France, Germany, Italy and Spain are zombies, according to the central bank’s latest data. The percentage is up sharply from 5.5% in 2007. In Italy and Spain, the percentage of zombie companies has tripled since 2007, the Organization for Economic Cooperation and Development estimated in January. Italy’s zombies employed about 10% of all workers and gobbled up nearly 20% of all the capital invested in 2013, the latest year for which figures are available. The WSJ explains how the ECB’s negative interest rate policy and corporate bond buying are keeping a chunk of the corporate sector, especially in southern Europe on life support. In some cases, even the life support of low rates and debt restructuring is not preventing further deterioration in their metrics. These are the true ‘Zombie’ companies who will probably never come back from being ‘undead’, i.e. technically dead but still animate. Belatedly, there is some realisation of the risks.

Incrementum Advisory Board Meeting Q4 2017 – Special Guest Ben Hunt, Author and Editor of Epsilon Theory
The quarterly meeting of the Incrementum Fund’s Advisory Board took place on October 10 and we had the great pleasure to be joined by special guest Ben Hunt this time, who is probably known to many of our readers as the main author and editor of Epsilon Theory. He is also chief risk officer at investment management firm Salient Partners. As always, a transcript of the discussion is available for download below.
As usual, we will add a few words here to expand a little on the discussion. A wide range of issues relevant to the markets was debated at the conference call, but we want to focus on just one particular point here that we only briefly mentioned in the discussion. In fact, as you will see we are about to go off on quite a tangent (note: Part II will be posted shortly as well).
Among the things Ben Hunt specializes in are the narratives accompanying economic and financial trends, and not to forget, economic and monetary policy, which inform the ‘Common Knowledge Game’ (in his introductory remarks, Ronald Stoeferle provides this brief definition: ‘It’s not what the crowd believes that’s important; it’s what the crowd believes that the crowd believes’). This reminded us of something George Soros first mentioned in a speech he delivered in the early 1990s:
Economic history is a never-ending series of episodes based on falsehoods and lies, not truths. It represents the path to big money. The object is to recognize the trend whose premise is false, ride that trend, and step off before it is discredited. 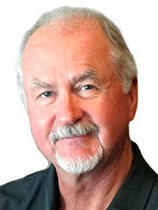 Much of our financial world functions as a ‘Rob from the Middle Class’ economy. The system robs from the middle class and poor via ‘money printing’ and inflation of the currency supply!
The rich get richer and the poor get poorer.
Little benefit comes from complaining about the process or fighting it. Understand the process, work around it, and use it constructively. Explaining Our Rob from the Middle Class Economy:
Governments, individuals, pension funds and corporations are increasingly financialized and dependent upon debt, central bank interventions and currency devaluations. Wages are less relevant in a financialized economy because wages rise slowly while debt, currency in circulation, and paper financial assets increase rapidly.

This post was published at Deviant Investor on November 17, 2017.

Let’s cut the crap, shall we?
Tax cuts have never resulted in any sort of material improvement in the living standard of the ordinary America — which I define as everyone other than the top 1% of earners.
It has simply never happened.
The last time the tax code was “reorganized” you got more buy-backs and stock options issued to executives.
The same thing happened with all the other tax cut packages since.
Further, when we had the so-called “Reagan Tax Reform” Tipper promised to cut spending in order to make them deficit neutral. He did not do so; no reduction in spending was ever delivered.
This will be no different. In fact, unlike the Reagan-era game nobody is even claiming to intend to reduce spending.
The chimera of “tax cuts” being “good for business” is nonsense as well. Almost no corporation actually pays the tax rate claimed, especially large firms. They all cheat — Apple has been caught in the “Paradise Papers” and others have as well. The claim of “repatriation” leading to some sort of boom in investment and wages is nonsense as well.

Mario Draghi gave the keynote speech at the Frankfurt European Banking Congress this morning in which he focused on the strong outlook for the Eurozone economy and how his monetary policy is playing a vital role. The speech was peppered with upbeat phrases and adjectives like solid, robust, unabated, endogenous propagation, resilient, remarkable and ongoing. According to Draghi.
The euro area is in the midst of a solid economic expansion. GDP has risen for 18 straight quarters, with the latest data and surveys pointing to unabated growth momentum in the period ahead. From the ECB’s perspective, we have increasing confidence that the recovery is robust and that this momentum will continue going forward. Draghi is confident that future growth will be unabated for three reasons.
Previous headwinds have dissipated; Drivers of growth are increasingly endogenous rather than exogenous; and The Eurozone economy is more resilient to new shocks. In terms of previous headwinds, Draghi notes that global growth and trade have recovered, while the eurozone has de-leveraged.

it has been a rocky session for the dollar which has dumped to a 4-week low, dragging with it USDJPY, the Nikkei and Treasury yields – and to a lesser extend US equity futures – all of which have slumped in the Japanese am session, following a WSJ report that Robert Mueller’s team “caught the Trump campaign by surprise” in mid-October by issuing a document subpoena to more than a dozen top officials.
The campaign had previously been voluntarily complying with the special counsel’s requests for information, and had been sharing with Mr. Mueller’s team the documents it provided to congressional committees as part of their probes of Russian interference into the 2016 presidential election. The Trump campaign is providing documents in response to the subpoena on an ‘ongoing’ basis, the person said.
If confirmed, this would be the first time Trump’s campaign has been ordered to turn over information to Mueller’s investigation, even if subpoena has not – for now – compelled any officials to testify before Mueller’s grand jury.

In 1944 Professor Hayek emphasised that sustainable employment de pends on an appropriate distribution of labour among the different lines of production. This distribution must change as circumstances change. Sustain able employment thus depends on appropriate changes in relative real wage-rates. If established producers – both unions and capitalists – prevent such relative changes from becoming effective, there follows an unnecessary rise in unemployment. Sustainable employment now depends on successfully tackling these established labour and capital monopolies. – Sudha R. Shenoy
One of the obstacles to a successful employment policy is, paradoxically enough, that it is so comparatively easy quickly to reduce unemployment, or even almost to extinguish it, for the time being. There is always ready at hand a way of rapidly bringing large numbers of people back to the kind of employment they are used to, at no greater immediate cost than the printing and spending of a few extra millions. In countries with a disturbed monetary history this has long been known, but it has not made the remedy much more popular. In England the recent discovery of this drug has produced a somewhat intoxicating effect; and the present tendency to place exclusive reliance on its use is not without danger.
Though monetary expansion can afford quick relief, it can produce a lasting cure only to a limited extent. Few people will deny that monetary policy can successfully counteract the deflationary spiral into which every minor decline of activity tends to degenerate. This does not mean, however, that it is desirable that we should normally strain the instrument of monetary expansion to create the maximum amount of employment which it can produce in the short run. The trouble with such a policy is that it would be almost certain to aggravate the more fundamental or structural causes of unemployment and leave us in the end in a position worse than that from which we started.