The negative side effects of easy money are starting to grow and, at this point, central banks are doing more harm than good, said the former Chief Economist at the Bank for International Settlements (BIS).
In a phone interview with Financial Sense, William White, now chairman of the Economic and Development Review Committee at the OECD, discussed his recent Adam Smith Prize lecture, “Ultra-Easy Money: Digging the Hole Deeper?“, which he gave before the National Association of Business Economists.
Monetary Policy Failed to Stimulate Aggregate Demand
White said easy monetary policies were needed during the 2008 financial crisis in restoring confidence but then took a wrong turn around 2010 when attempting to boost economic growth.
‘The policy stakes are now very high’ since ‘ultra-easy policy has not stimulated aggregate demand to the degree expected.’
‘I see a curve where the efficiency of monetary policy goes down with time, and the harmful side effects of policy go up with time,’ White said. ‘At some point, those two curves intersect, and the central banks are doing more harm than good. My feeling is this has been the case for quite some time.’

Editor’s Comment: The system is invested in plundering its people. Most of them are suckers, ready to shell out. The rest can be tracked down, harassed with papers and debts, obligations and penalties. Above all is still taxes, and the U. S. government is interested in keeping everyone, even ex-pats, under their thumb as part of the herd of cash cows.
Perhaps the most revealing line in this story is: ‘If you default, your financial life is ruined. You have to deal in cash for the rest of your life.’ They hold all the cards, and the little people must jump through all the hoops to even qualify for participation in the system.

Here’s How the Government Is Turning the Entire United States into a Debt Prison
Since the United States was founded, citizenship has represented a safe haven from oppressive regimes around the world. By preserving the principles of small government and free markets, those who were willing to work hard found success, and America became a magnet for innovation. But as the U. S. continues to erode personal and economic freedom, more people than ever before are handing over their U. S. passports to seek better opportunities abroad.
The staggering amount of debt held by the American empire ensures the public will be working it off for generations to come. The government has already begun its campaign to make it more difficult to leave the country, and it has also begun to crack down on the finances of the eight million Americans living abroad. Regardless of whether you’re a millionaire with multiple foreign bank accounts or a recent college graduate with a boatload of debt, the status of being a United States citizen brings with it a burden that will only grow heavier over time.

This post was published at shtfplan on September 30th, 2016. 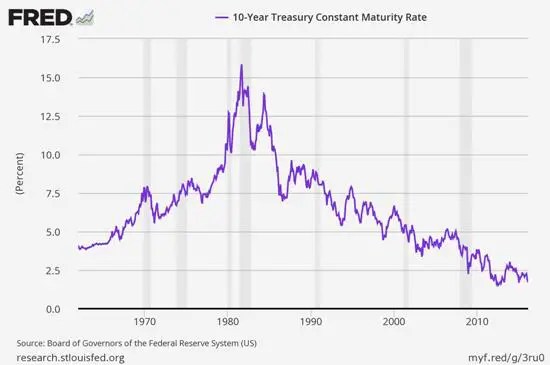 These are great times for financial assets – and by implication for finance companies that make and sell them, right?
Alas, no. Just the opposite. Each part of the FIRE (finance, insurance, real estate) economy is imploding as ‘modern’ finance hits the wall.
Interest rates, for instance, have fallen for three decades… 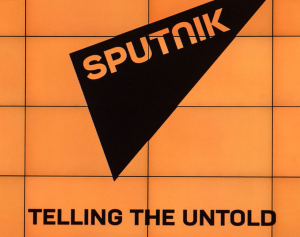 Russia plans to stock up on about 200 tonnes of gold this year, nearly matching the 208 tonnes it purchased in 2015. That’s according to Anton Navoi, the deputy head of the statistics department at the Russian Central Bank. Navoi explained that it’s profitable for the state to buy the precious metal, since Russia is a world leader in its production.Speaking at a conference on Wednesday, the official said that “last year, the Central Bank purchased 208 tonnes of gold. This year, it will purchase around 200 tonnes.”
Gold currently accounts for around 16 percent of the country’s foreign exchange reserves, Navoi noted. And while there is no directed effort to increase the precious metal’s share in Russia’s reserves, it seems likely to happen, as the purchase of gold is profitable for the country. “The Central Bank is buying gold because it is profitable. We are a country that is third in the world in terms of gold production, and we have the ability to buy it using our national currency, in contrast to other countries, which do not have such an opportunity,” the banker concluded.

A proposed merger between two Canada-based gold miners is the latest example of consolidation in an industry that remains under pressure to cut costs, even as stronger gold prices smooth the way for deal-making.
Today Kirkland Lake Gold Inc. agreed to buy Newmarket Gold Inc. in an all-stock deal valued at C$1.01 billion (US$770 million), creating what the companies said will be a low-cost producer focused on Canada and Australia.
“It certainly fits with the theme of looking at junior and intermediate producers trying to move up the food chain, creating a new tier of intermediate producers nipping at the heels of the senior producers,” Michael Siperco, an analyst with Macquarie Capital Markets in Toronto, said by telephone.
Deal making in the gold industry this quarter is the busiest in a year by volume of transactions, according to data compiled by Bloomberg, as surging metal and stock prices give companies more scope to grow through acquisitions.

Anshu Jain said nothing. Honouring a long-standing commitment to appear on a panel at a Bloomberg conference in London, the man who co-led Deutsche Bank for three years until July last year, was careful not to mention the gigantic elephant in the room.
He was happy to talk about asset valuations, and the impact on deposit taking institutions. And he was only too pleased to wax lyrical on low interest rates causing serious issues for pensions. But discuss the ails of his former employer he did not.
Whether by remiss or by Jain’s request, his questioner chose to steer clear of a subject the man who spent 20 years of his career rising up the corporate ladder of Germany’s largest bank would surely have had lots to say on.
For the question of whether or not Deutsche Bank can survive without a bail-out by the German government is the only topic most other European bankers want to converse upon.

Just yesterday we wrote about an FBI investigation into potential voter fraud in the critical swing state of Virginia after it was revealed that 19 dead people had recently been re-registered to vote (see “FBI Investigating More Dead People Voting In The Key Swing State Of Virginia“). While the Washington Post caught wind of the investigation, it was not known who was behind the operation…until now.
Meet, Andrew Spieles, a student at James Madison University, and apparently “Lead Organizer” forHarrisonburgVOTES. According to the Daily News-Record, Spieles confessed to re-registering 19 deceased Virginians to vote in the 2016 election cycle.
While this should come as a surprise to precisely 0 people, Spieles just happens to be Democrat who, accorded to a deleted FaceBook post, apparently recently ran for Caucus Chair of the Virginia Young Democrats.
It’s too bad really, sounds like Spieles had all the right “special talents” required to be very successful politician…he just forgot the most important first rule: “Don’t get caught.”