Janet Yellen chickened out, so these ‘living dead’ firms will go on, but they might not make it past December…
What a shock – the Fed didn’t raise interest rates last week. Its next chance is in December – we’ll see if it chickens out then, too.
You can count on markets to obsess over the possibility of a rate hike for the rest of the year. Anything to keep the free money hose on full blast.
But this obsession with rate hikes means the markets are missing a critical component of the big picture – corporate credit quality. It’s really in horrible shape, but eight years of zero interest rates have helped to disguise that fact, and these companies aren’t advertising it to shareholders.

This post was published at Wall Street Examiner on September 26, 2016.

Germany’s Chancellor Angela Merkel has got to be the worse politician in history when it comes to understanding the economy. Merkel has ruled out any state assistance for Deutsche Bank AG in the year heading into the national election in September 2017 according to Focus magazine citing unidentified government officials. Merkel is just incapable of making any rational decisions whatsoever. This policy means any German who has money in Deutsche Bank is at risk and she may set off a major banking crisis if there is a run on the bank in mass.
This is the very same policy Merkel applied to Greece that resulted in her image collapsing in July 2015 so she then opened the gates to the refugees. Merkel’s economic idea are so devastating it is a complete joke. She will destroy the Germany economy for a bail-in with Deutsche Bank will shatter the German economy and most likely result in the final destruction of the euro.

This post was published at Armstrong Economics on Sep 26, 2016.

Craig Bell, a 55-year-old software engineer from Columbus, Ohio, will be one of the 100 million estimated Americans set to tune in on Monday night at 9pm for the first debate between the Democratic and Republican presidential nominees. As profiled by Bloomberg, what he sees will be as important as what he hears. ‘I don’t know how to say this nicely, but I just want to see which one can act more presidential and more trustworthy,” Bell said at a table outside North Market in downtown Columbus.
Bell, and millions of “undecideds” like him, is why tomorrow’s debate has such huge significance: according to a new Wall Street Journal/NBC News poll, 34% of registered voters think the three presidential debates would be extremely or quite important in helping them decide whom to support for president. About 11% of voters are considered ‘debate persuadables’ – that is, they think the debates are important and are either third-party voters or only loosely committed to either major-party candidate.
Slightly more Republicans than Democrats said the debates would be important to them, 37% to 31%. But voter groups that seem poised to pay the most attention include several that Hillary Clinton is counting on to win. Some 49% of Hispanics, 42% of African-Americans and 39% of voters under age 35 say that the debates will be extremely or quite important to them.

‘Gold will likely soar to a record within five years as asset bubbles burst in everything from bonds to credit and equities, forcing investors to find a haven’, reported Bloomberg last week, quoting Old Mutual Global Investors’ Diego Parrilla.
***
The metal is at the start of a multi-year bull run with a ‘few thousand dollars of upside’ in a world of ‘monetary policy without limits’ where central banks print lots of money and low or negative interest rates prevail, said Parrilla, who joined the firm as managing director of commodities last month. He’s worked at Goldman Sachs Group Inc. and Bank of America Merrill Lynch.
‘As some of the excesses in other asset classes get unwound, gold will perform very strongly,’ said 43-year-old Parrilla, who has almost 20 years experience in precious-metals markets. The ‘perfect storm scenario will mean that gold will perform best when other classes are doing worst.’

With the U. S. stock market near all-time highs and financial pundits touting the miracles of economic recovery, investors would have to be totally insane to not be snapping up as many stocks as they can get their hands on. But if America’s economy is doing so well, why are billionaires and major investment firms warning of rough waters ahead?
Even Warren Buffet, the Oracle of Omaha, known for his investing acumen and foresight, appears to see the writing on the wall. Having made billions in the fallout of the 2008 crash by taking advantage of lucrative government machinations, Buffet now looks to be positioning himself for a very massive buying opportunity. According to analyst Jeff Nielsen, the head of one of the largest investment companies in the world isn’t invested as heavily into stock markets as you may think. In fact, Nielsen says in his latest interview with SGT Report that Buffet has over $70 billion sitting in cash on the sidelines.
And that can mean only one thing: Buffet knows a crash is coming and he is waiting for perhaps the biggest buying opportunity of his lifetime.

This post was published at shtfplan on September 25th, 2016.

While today’s biggest event for both markets and politics will be tonight’s highly anticipated first presidential debate between Trump and Hillary, markets are waking up to some early turmoil in both Asia and Europe, with declines in banks and energy producers dragging down stock-markets around the world, pushing investors to once again seek the safety of government bonds (and yes, flattening the JGB curve even more much to the chagrin of the BOJ) and the yen.
As JPM points out early this morning, stocks are trading poorly pretty much everywhere. Nothing necessarily ‘happened’ as far as single headline but poor trading in Eurozone banks (DB is off ~6%, hitting fresh all-time lows) and a reassessment of last week’s central bank decisions (in particular the BOJ which wasn’t really ‘dovish’ and opened the door to tapering) appear to be the main motivations behind the Mon morning softness. Also the media tone in Brexit-related commentary has turned dramatically in just the last few weeks w/the process now described as a lot more acrimonious and disruptive than initially anticipated.
The driver of sentiment, however, is surely the latest collapse in Deutsche Bank shares, which plunged to new all time lows after a German press report that Merkel will not provide state aid to the German lender, resulting in fresh fears about another capital raise by the German lender, if not worse. 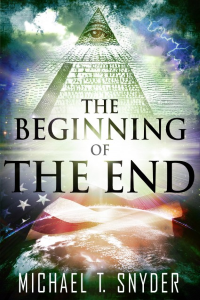 Are you ready for the most anticipated presidential debate in decades? It is being projected that Monday’s debate between Donald Trump and Hillary Clinton could potentially break the all-time record of 80 million viewers that watched Ronald Reagan and Jimmy Carter debate back in 1980. Many Americans probably hope to see some personal fireworks between the two nominees, but the two candidates have both expressed a desire to focus on substantive issues. There will likely be quite a few questions about the economy, and without a doubt this is an area where Trump and Clinton have some very sharp differences. The mainstream media would have us believe that the U. S. economy is in pretty good shape, and if that was true that would seem to favor Clinton. But is it actually true? The following are 26 incredible facts about the economy that every American should know for the Trump-Clinton debate…
#1 When Barack Obama entered the White House, the U. S. government was 10.6 trillion dollars in debt. Today, the U. S. government is 19.5 trillion dollars in debt, and Obama still has several months to go until the end of his second term. That means that an average of more than 1.1 trillion dollars will be added to the national debt during his presidency. We are stealing a tremendous amount of consumption from the future to make the economy look much, much better than it otherwise would be, and we are systematically destroying the future in the process.
#2 As Obama prepares to leave office, the rate at which we are adding to the national debt is actually increasing. During the fiscal year that is just ending, the U. S. government has added another 1.36 trillion dollars to the national debt.

This post was published at The Economic Collapse Blog on September 25th, 2016.

Odds Increase that SARS CoV-2 was Lab Made